ASMR stands for “Autonomous Sensory Meridian Response”. In simple terms, ASMR refers to a pleasant tingling feeling that a person experiences when he/she hears unique, soft voices, or when they hear certain soothing sounds like scratching and tapping, brushing and whispering. The tingling sensation is euphoric. It usually starts at the back of the head, then travels down through the spine into the limbs relaxing you and giving you a unique feeling of well-being. 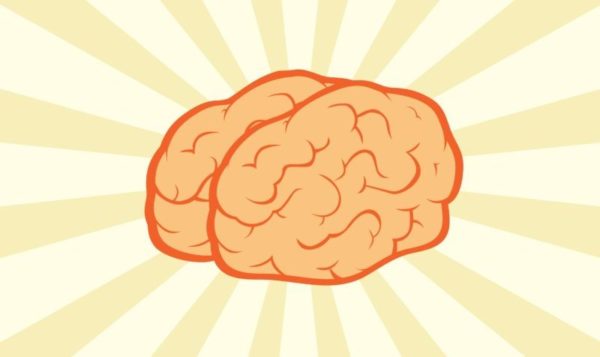 Almost all people can experience it and it is just the matter of finding out your personal ASMR triggers. An ASMR trigger is any stimuli that elicits an Autonomous Sensory Meridian Response in your brain. In this article we cover the most popular ASMR triggers.

Below is a breakdown of the audio that usually gives the best possible experiences for most people:

A clear sound without any interfering sounds is a big trigger for most individuals. Since most ASMR videos are created using good equipment and in total silence, you get to listen to some exceptional sounds that are usually drown in the nearby noises. A good example is the sound which is created as a result of individuals parting their lips and also moving their tongue from its natural position when they are about to talk.

Other videos sometimes overdo the triggers and heap them together. Similarly to a good speech, a little bit of silence is sometimes needed between the sounds.

Nothing wrecks an ASMR experience faster than a high-pitched volume point in the middle of a trigger. A consistent volume provides a better listening experience.

An Autonomous Sensory Meridian Response trigger can be simply defined as: a stimuli or a sound which triggers an ASMR in you.

A normal person may have many sounds that can trigger ASMR. However, some triggers create a stronger ASMR experience when compared to others. ASMR triggers can either be audibile, physical or visual. You will encounter these triggers in real life, in movies, and sometimes in the most absurd places. Below is a list of the 12 Best ASMR Triggers:

This is the most popular ASMR sound. Listening to a whispering trigger at the right time is generally the first way that we get to discover ASMR. Sometimes whispering sounds can be binaural. This means that the sounds are usually recorded in different channels which permit you to listen to voices that are spoken from a left side speaker to your left side. This usually creates a much more “real” experience. The trigger can sometimes be noiseless or unintelligible. This means that you’re not supposed to hear the words clearly so that you can concentrate on the sounds.

Microphone scratching as well as tapping on different surfaces are the well-known uses of this ASMR trigger. Many content creators tap on the objects that they are holding so as to come up with the extra sounds. Sounds from the nails are usually linked with tapping. Most women have long nails that they use to produce tingles. Scratching is among the powerful ASMR triggers.

Blowing, mostly into someone’s ear, gives them the feeling of the cool air brushing against their skin and also the sound that your mouth produces as you complete this task. Moving from one ear to another helps to convey this trigger to the front for many people.

A gentle touch on the skin is also an ASMR trigger. However, this can’t be confirmed by video. The greatest way to experiment this is by using a head massaging implement known as the orgasmatron. For most people, it creates tingles that are more intense as compared to any other audio ASMR trigger. It is best used when somebody else uses it to massage you, although you can also do it.

Personal attention ASMR trigger also creates an extreme moment between yourself and the video maker. Most of us experienced Autonomous Sensory Meridian Response during our early days but we did not know what the feeling was. From the childhood memories of you visiting the dentist as well as being in a class with your teacher guiding you individually, those were the best triggering circumstances. That is what personal attention videos creators are trying to reconstruct. Some other popular personal attention situations are makeup tutorials, makeup roleplays as well as someone playing with your hair or having your ears brushed.

Turning pages of a book usually offers a delicate sound as pages flit together. The brushing of a paper, the hardcover back flipping gently, and the softer noise that it brings is very relaxing, especially to people who enjoy reading books and know the sounds quite well.

This is often hand movements. They aren’t one of the most popular ASMR triggers but it is included in this list because it’s very dissimilar from the other ASMR triggers. If you have tried all the others and they just cannot bring the tingles, maybe Visual ASMR will be able to produce them.

Hair plays typically include soft spoken voices as well as personal attention. This is familiar to girl readers as well as listeners. Among the absolute much loved aspects of early days are hair plays!

Roleplaying can be an extremely unique experience. Sometimes it may include any number of the other triggers pooled together into 1 package for the person listening. Massage therapist, best friends, doctors as well as zombie disaster survivors have been well-known to practice Autonomous Sensory Meridian Response in these specific videos.

Concentrating on a job that you are doing can be the kind of Autonomous Sensory Meridian Response experience that you are not expecting. This is the kind of video that you go into only looking to acquire something new and also relax, but eventually you end up feeling very good with the tingles that you experience.

Watching somebody eat can greatly disgust some individuals. Nevertheless, the sound of somebody chewing food can sometimes be a bit relaxing to some individuals. Some individuals have the skill to eat elegantly. This a little bit harder to succeed as it needs the right food as well as texture so as to create a sensible sound.

Sticky fingers is very common for individuals who experience Autonomous Sensory Meridian Response. The sound of somebody’s fingers spiking to an object, like a balloon or a plastic, can create an exceptional sound that everybody wants to listen to occasionally. It is a very a soft tone that it is very hard not to enjoy to listen to at times.

There are a number of stimulants that can cause ASMR. The twelve ASMR triggers we’ve shared here are some of the most popular, but certainly not the only triggers. What works for you?

Now that you’ve learned about some of the best ASMR triggers, why don’t you learn more about what ASMR is?